Childhood Sexual Abuse includes any form of unwanted or coerced sexual touch including but not limited to fondling, exposure, exploitation, attempted or completed sexual assaults towards a young adult or child. Child Sexual Abuse is a betrayal of trust that often affects a person’s ability to connect and trust others.

Child Sexual Abuse can happen to anyone regardless of race, class, gender, sexual orientation or cultural and religious beliefs. Most often Child Sexual Abuse is perpetrated by someone you know and trust such as a parent, sibling or extended family member, babysitter, coach, family friend, neighbour, teacher, medical practitioner or clergy, but could also be a stranger. Although statistics tell us that the majority of abusers are heterosexual males, females can also be abusers. 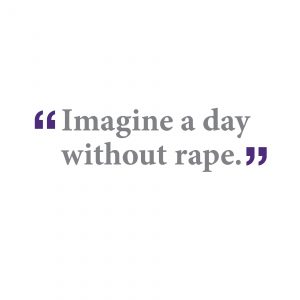 The fear and trauma experienced during Child Sexual Abuse does not stop when the abuse stops. Many survivors deal with the effects of abuse well into adulthood and often report that the long term effects play out in many aspects of their lives such as in relationships with family and partners, feelings of shame and anger, low self-esteem and body image, addictions and other self-harming behaviour.

Sexual abuse IS about power and control and NOT sex, regardless of what you may have been told. We all have the duty to report child abuse.

Sexual exploitation is the sexual abuse of a person through the exchange of sex/sexual acts for drugs, food, shelther, protection. money or other basics of life. This can include creation or viewing of pornography, seuxal explicit images or sexually explicit websites.

You may feel that you have no legal options available to you due the length of time that may have passed. However this is NOT the case. There is no statute of limitations on Sexual Assault. You may want to contact the sexual assault crisis centre or police service to discuss your case and what you might expect.

If you have been recently sexually assaulted you can receive medical care from your family doctor, a clinic or the Sexual Assault/Domestic Violence Treatment Centre at Chatham-Kent Health Alliance (CKHA), 519-352-6400 Ext. 6382.

A recent sexual assault can bring up a variety of unique reactions and feelings including but not limited to:

Try to remember that regardless of the circumstances, YOU ARE NOT TO BLAME. Everyone has the right to make choices about their own body. It doesn’t matter what you wore, who you were with, whether you were under the influence, or if you began sexual relations and then decided to stop. It’s your body and you are not to blame. If you did not consent, were coerced into consenting, or withdrew consent, means any further sexual activity becomes a criminal offence.

Sexual harassment is any behavior, comment, gesture or contact of a seuxal nature that could be considered objectionable or offensive by the recipient. Sexual harassment can be obvious and overt but is most often subtle. A hostile, poisoned environment is created by repeated, yet subtle harassing.

Sexual harassment can happen in every occupation, industry, system and structure and can be: verbal (such as dirty jokes, demeaning/sexual comments, propositions, rating, etc.); physical (such as leering, touching/pinching/grabbing/fondling, following, sexual gestures, threatening acts, etc.), or visual (such as pornography, demeaning graffiti, offensive posters/calendars and other items, etc.)

The harassment does not have to be ‘intentional’ to be considered sexual harassment. The impact on the victim is the primary consideration.

Boys and men can also be victims of sexual abuse. Recent statistics indicate that up to one in six men have experienced unwanted sexual contact in their life. Boy children experience child sexual abuse, and men, particularly those who are institutionalized, may be vulnerable. Historically, girls were stereotypically excluded from many activities such as participation in sports and clubs, and they were barred from full participation in faith practices. In the Catholic Church, for example, boys and young men were permitted to serve as “altar boys” but girls were not. These factors put boys at increased risk of sexual abuse by coaches, teachers, clergy and others.

All survivors of sexual violence have individual reactions to sexual assault. Yet, there are some common thoughts and experiences that many survivors have.

In Chatham-Kent, support for male victims/survivors of sexual abuse if available at Family Service Kent: 519-354-6221, or visit them online at: familyservicekent.com